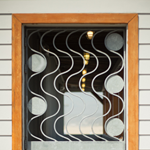 Projects inherently involve a lot of communication from a lot of people with a lot of different backgrounds. This type of environment provides a breeding ground for fallacies which results in poor decisions that ultimately hurt the success of the project. Below is a list of ten common fallacies you will see in projects. The list is a subset of what I found in Wikipedia with my thoughts added at the end each definition.